by adding some silhouette and spikey variation it looks a little more geonosis. starting to look a little better

ehh.. this project was over scoped for me.. and at this point i just want to be done

small updates. working on the arena back walls. moved the sun. will do a custom geonosis skybox texture next.

Experimenting with the underground area. This is the area under the arena floor, where extra zombies will spawn. A combination of the geonosian hives and eggs. Maybe a small section to the droid factory parts from episode 2.

Did some work on the VIP box area where dooku watched the fight during the movie. 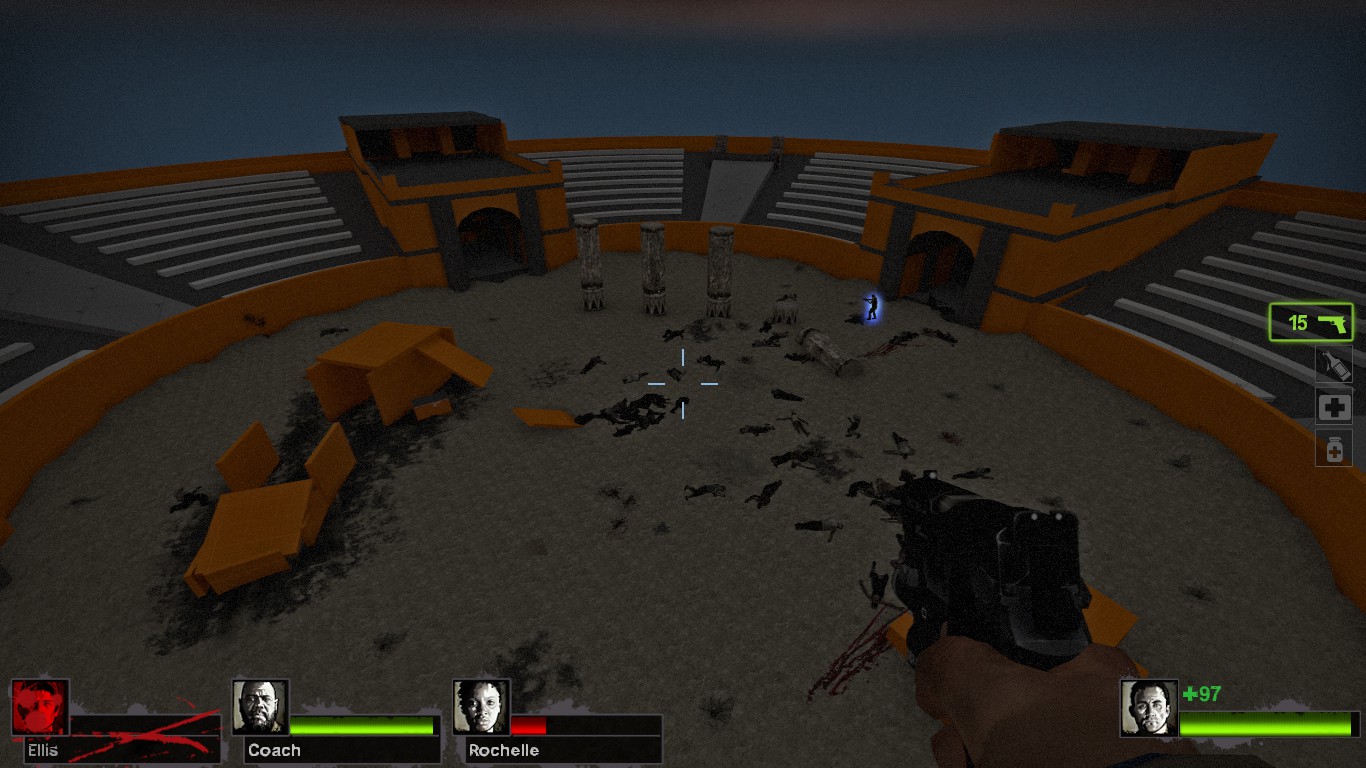 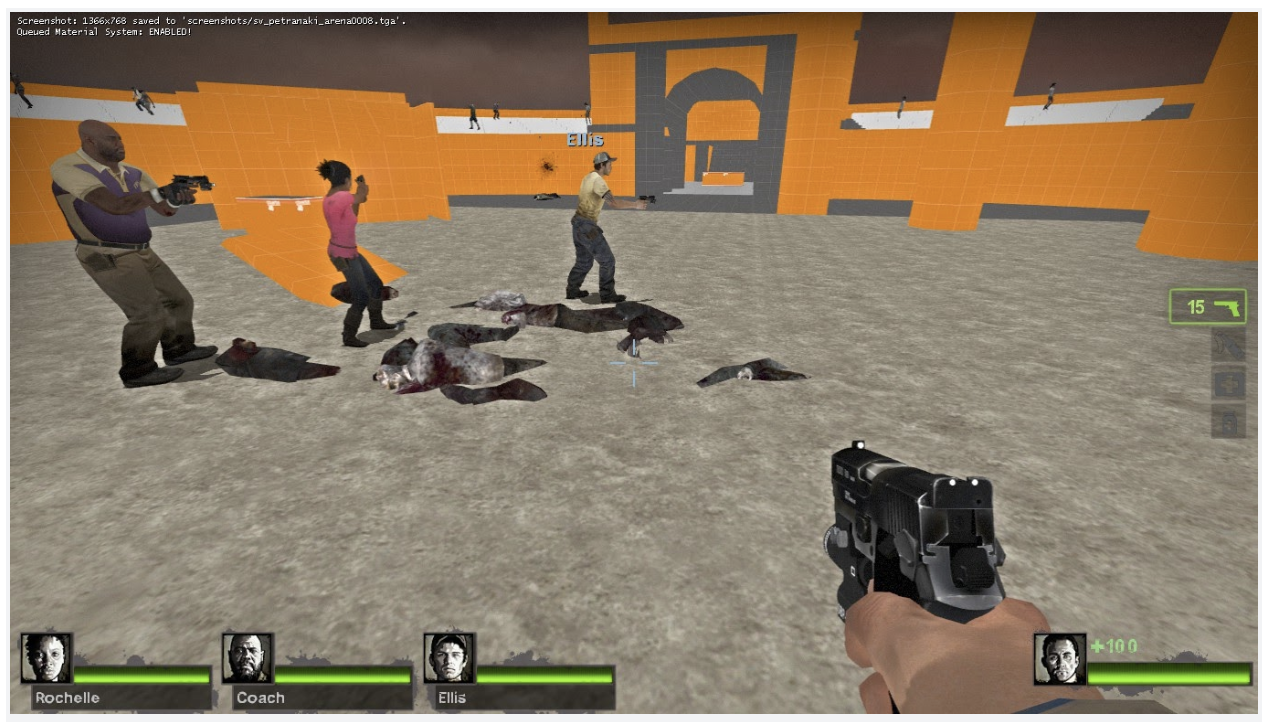 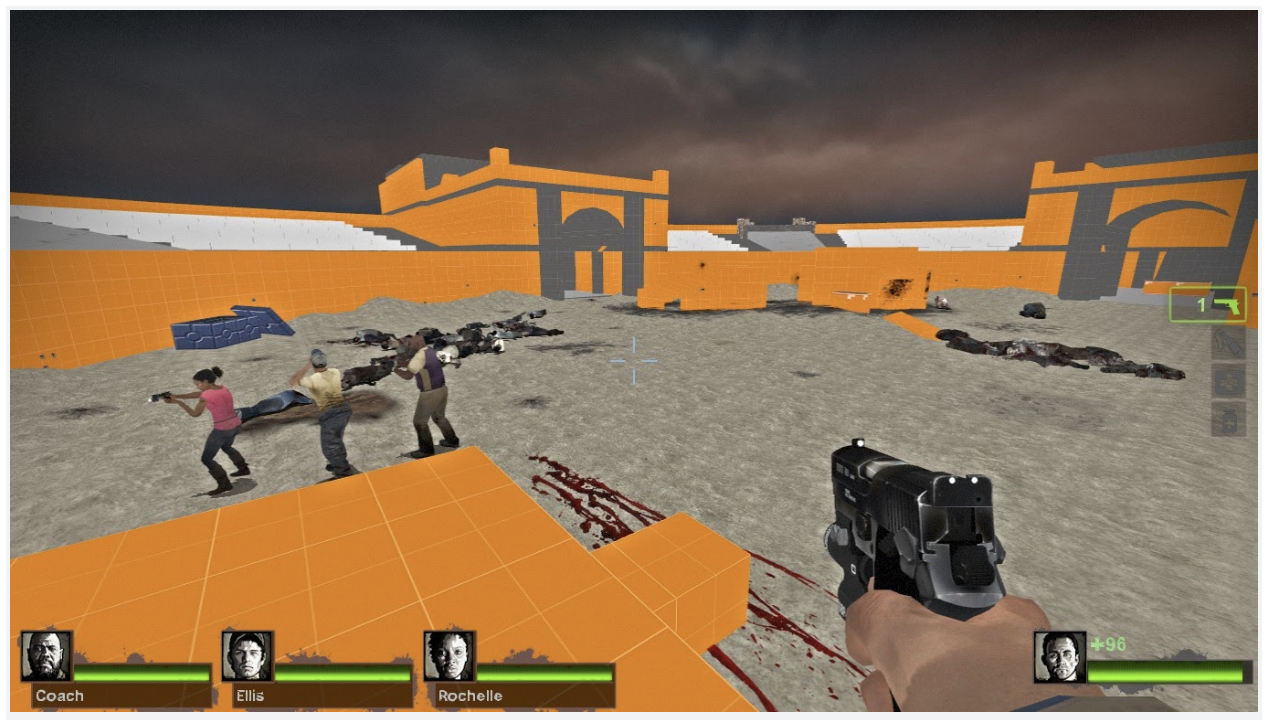 I did some work on the “grey box” stage. Blocked out some important areas, then worked on getting the game into a minimum playable state. Side note, for your reference… making 90% of a map in hammer circular is a pain when working on grid. I do not recommend. Maybe pick some major grid points and make most of it a model in maya or something.

Some other notes I took when I was working on this part during Christmas break.

Here are some screen shots: 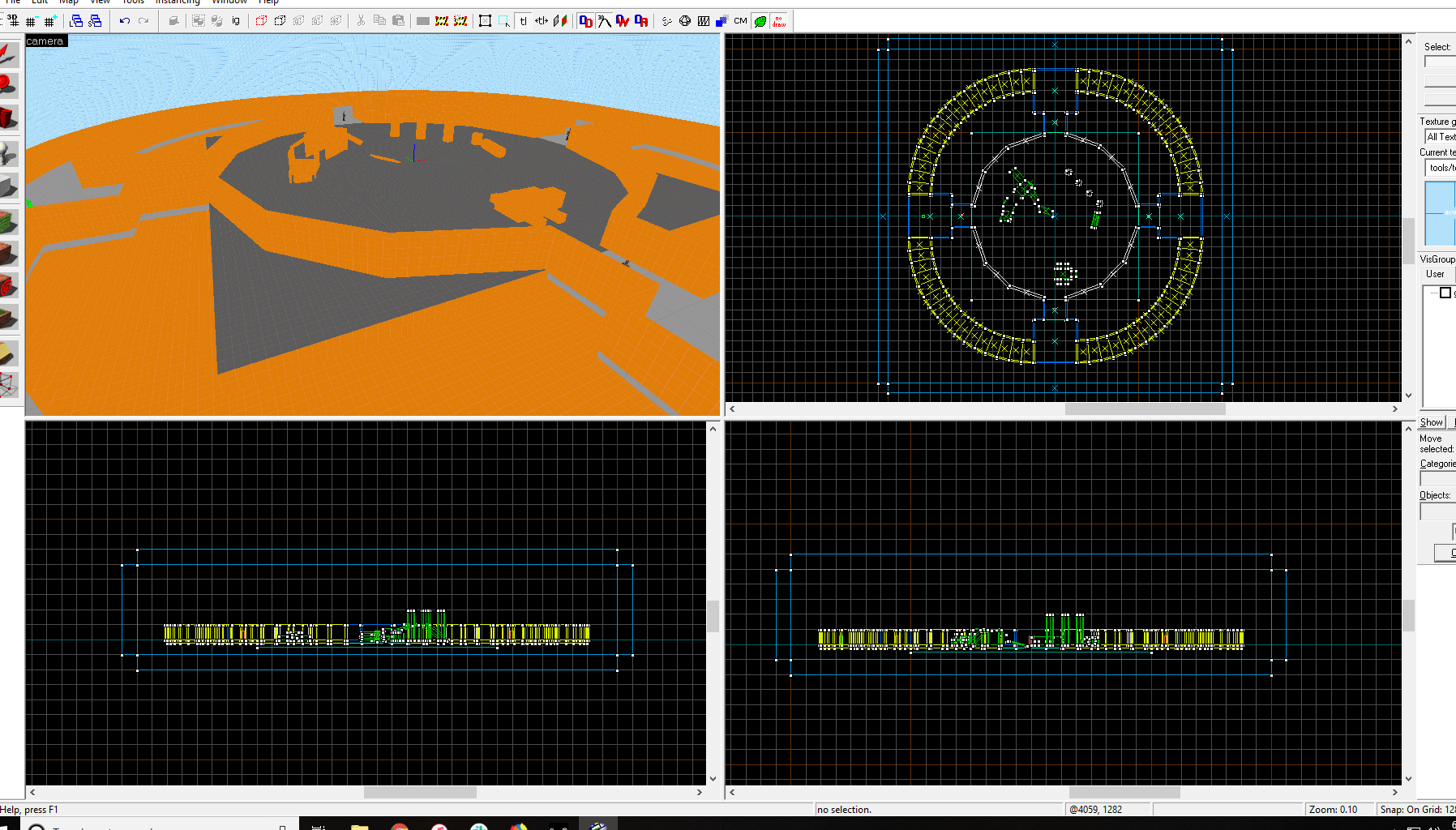 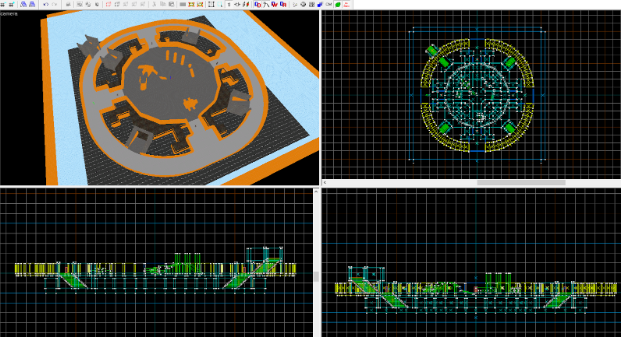 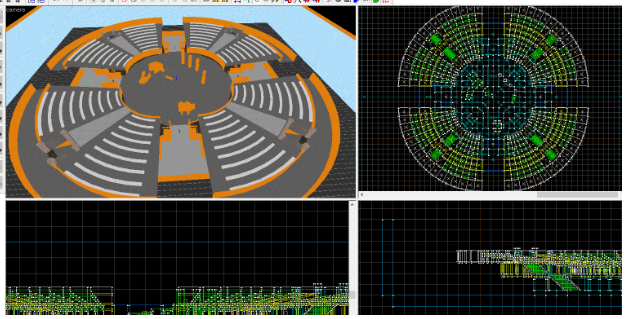 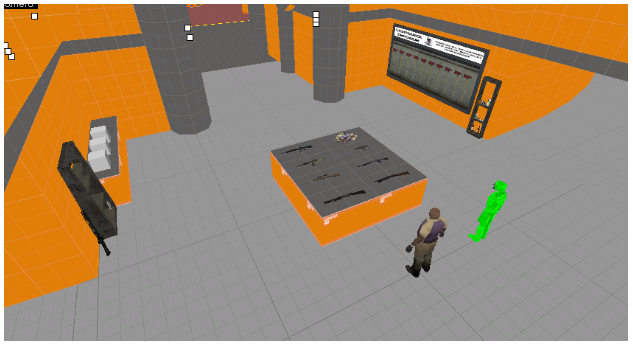 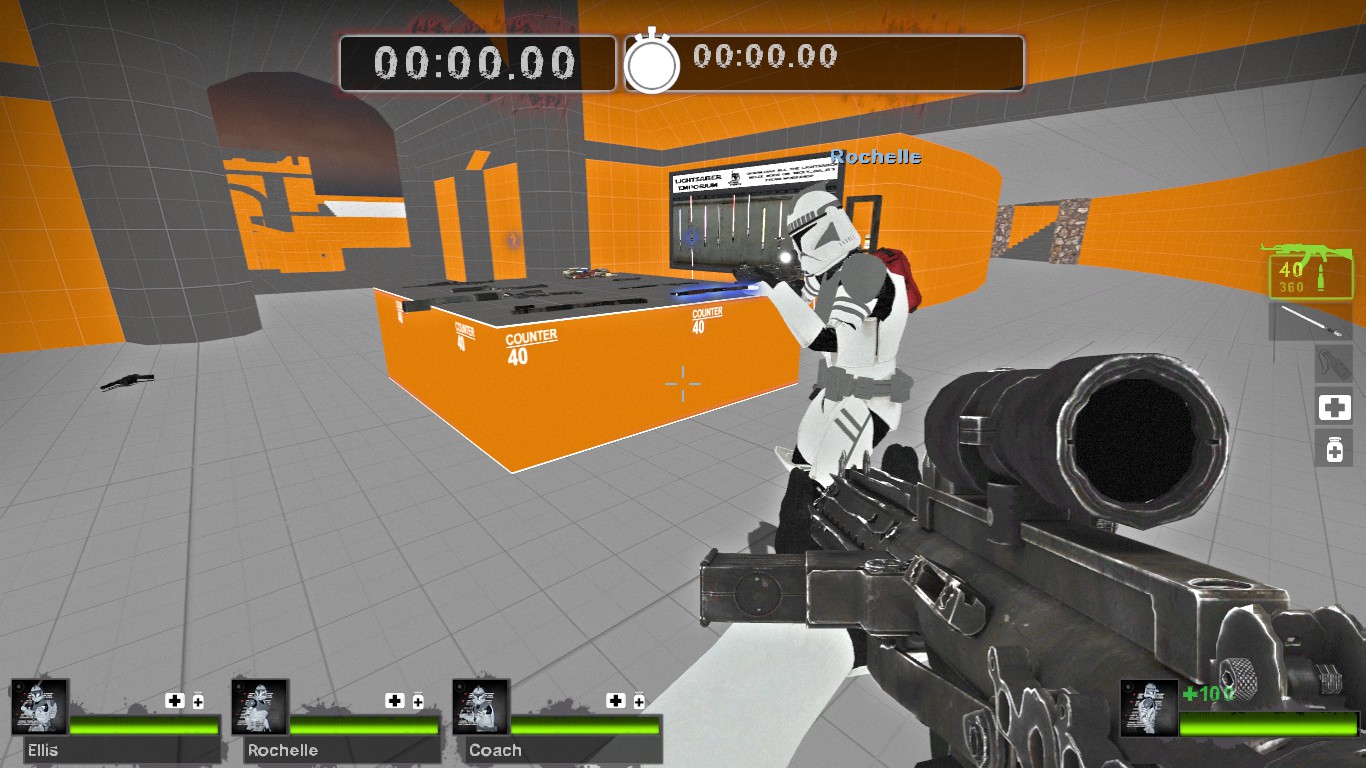 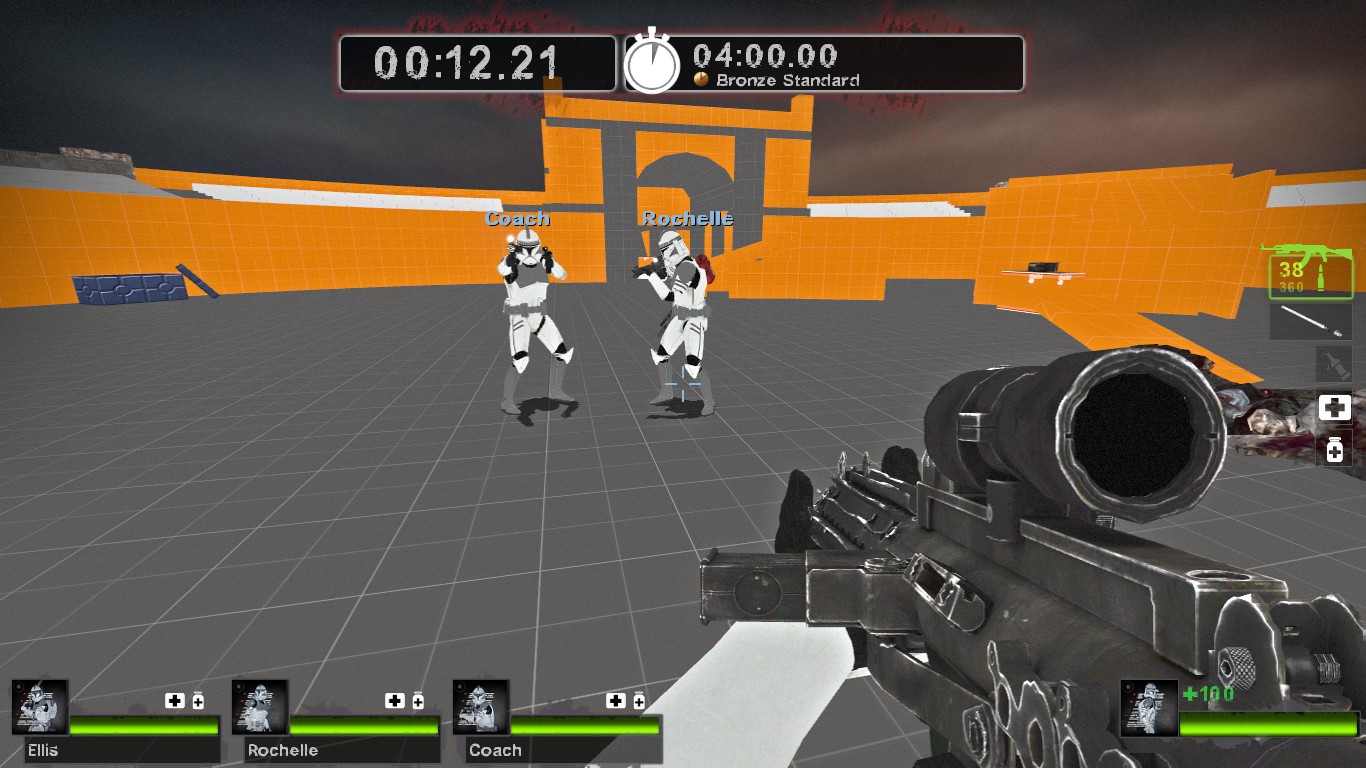 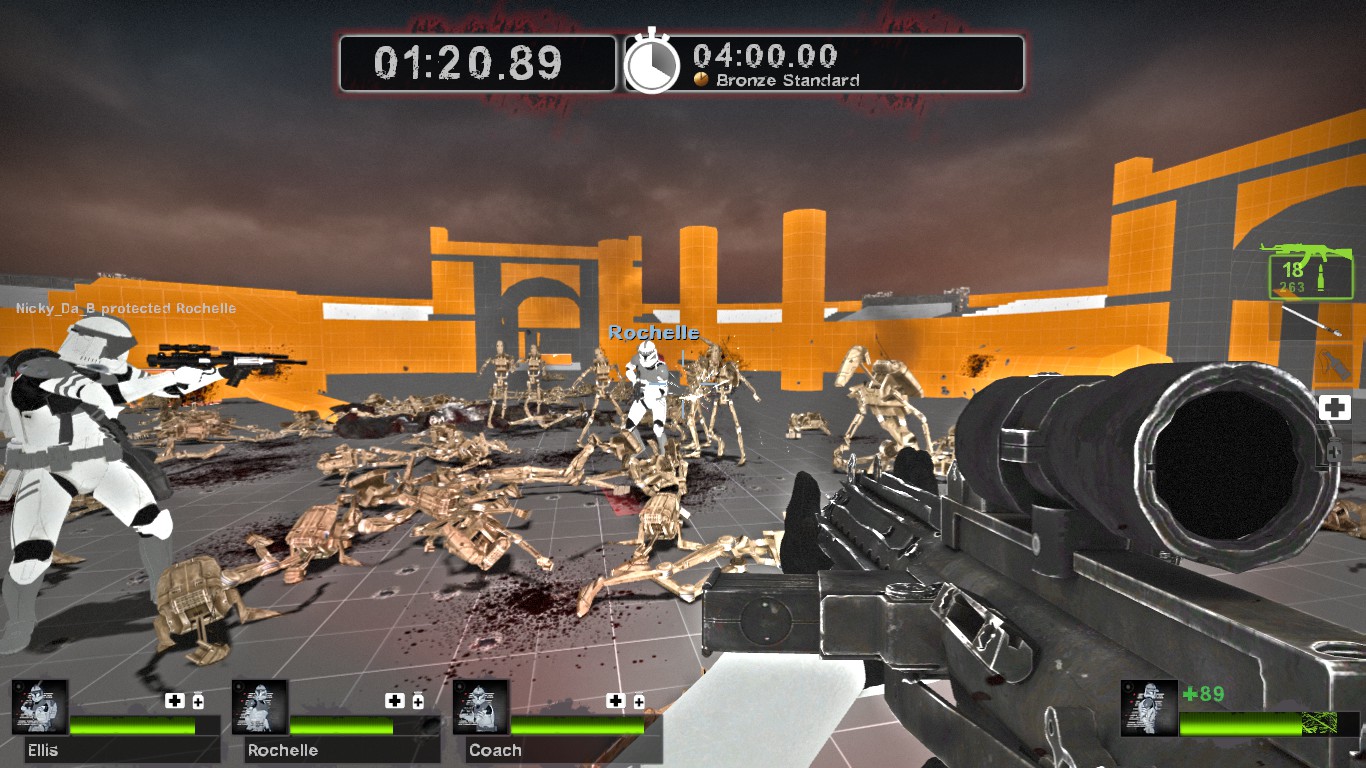 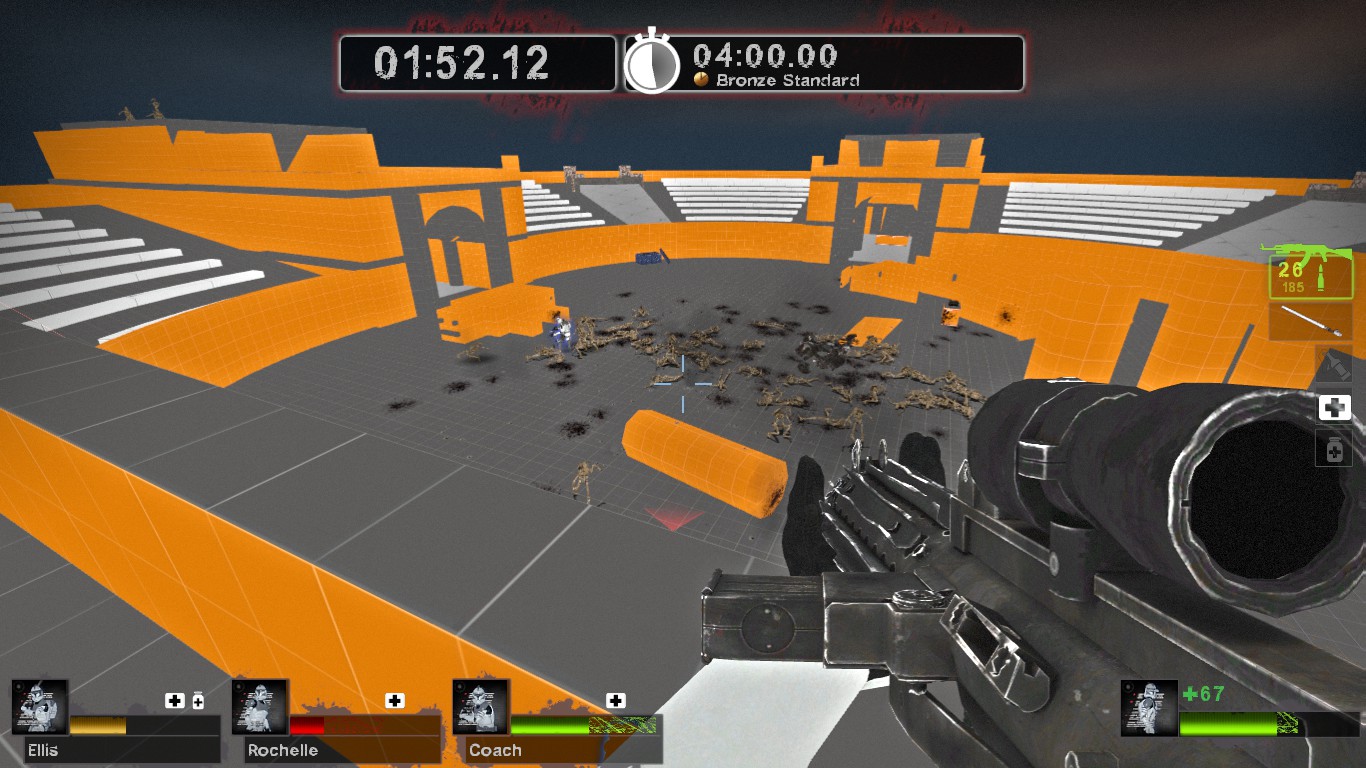 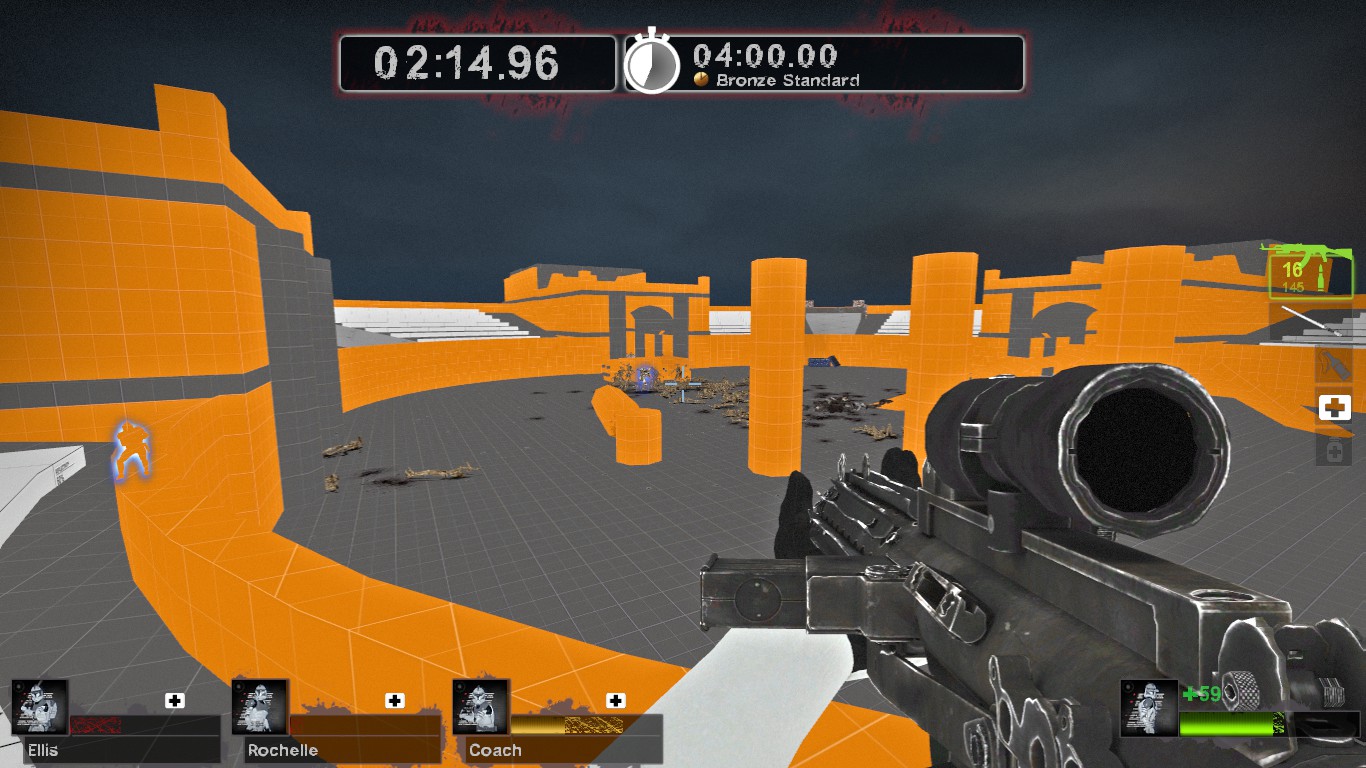 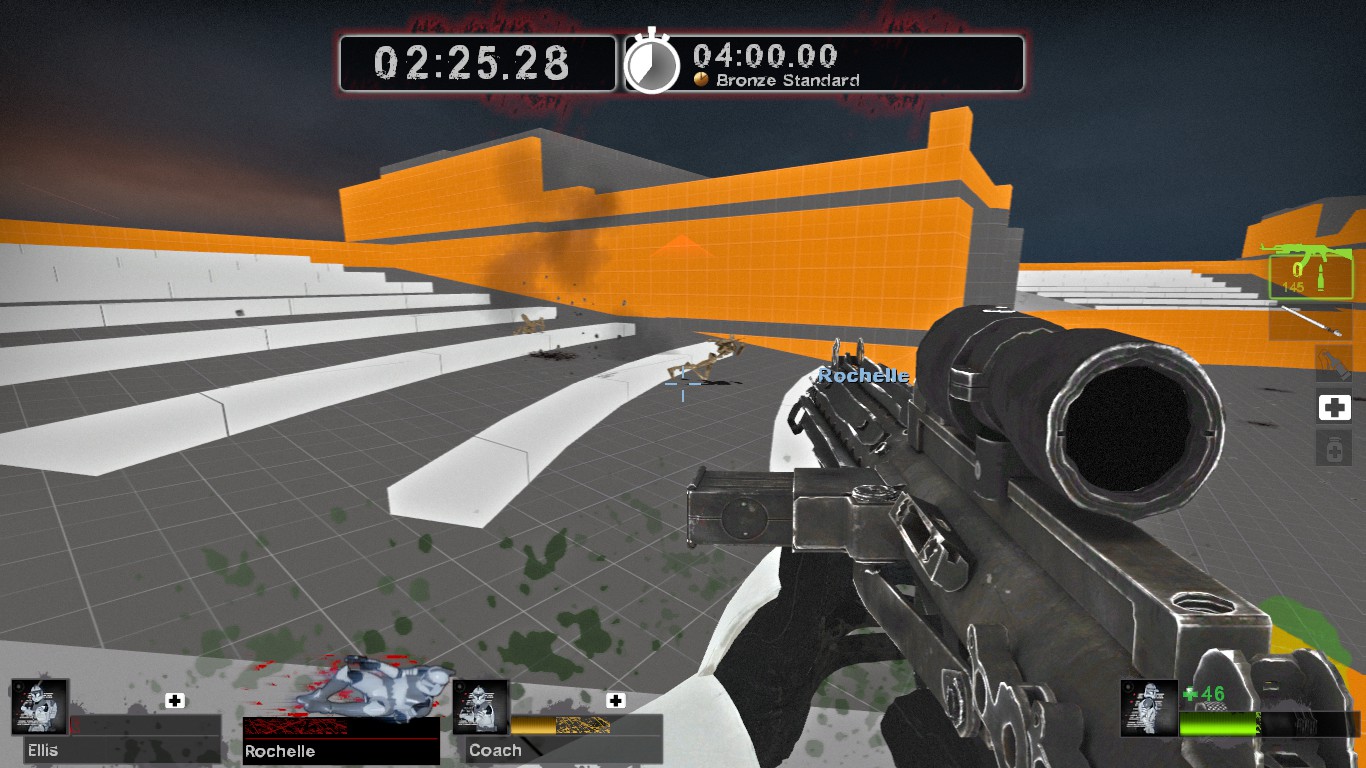 I had some friends give me feedback on the “one sheet”. Here is the new revised version. I’m not sure if it’s better or not, but they seem to agree it is better. 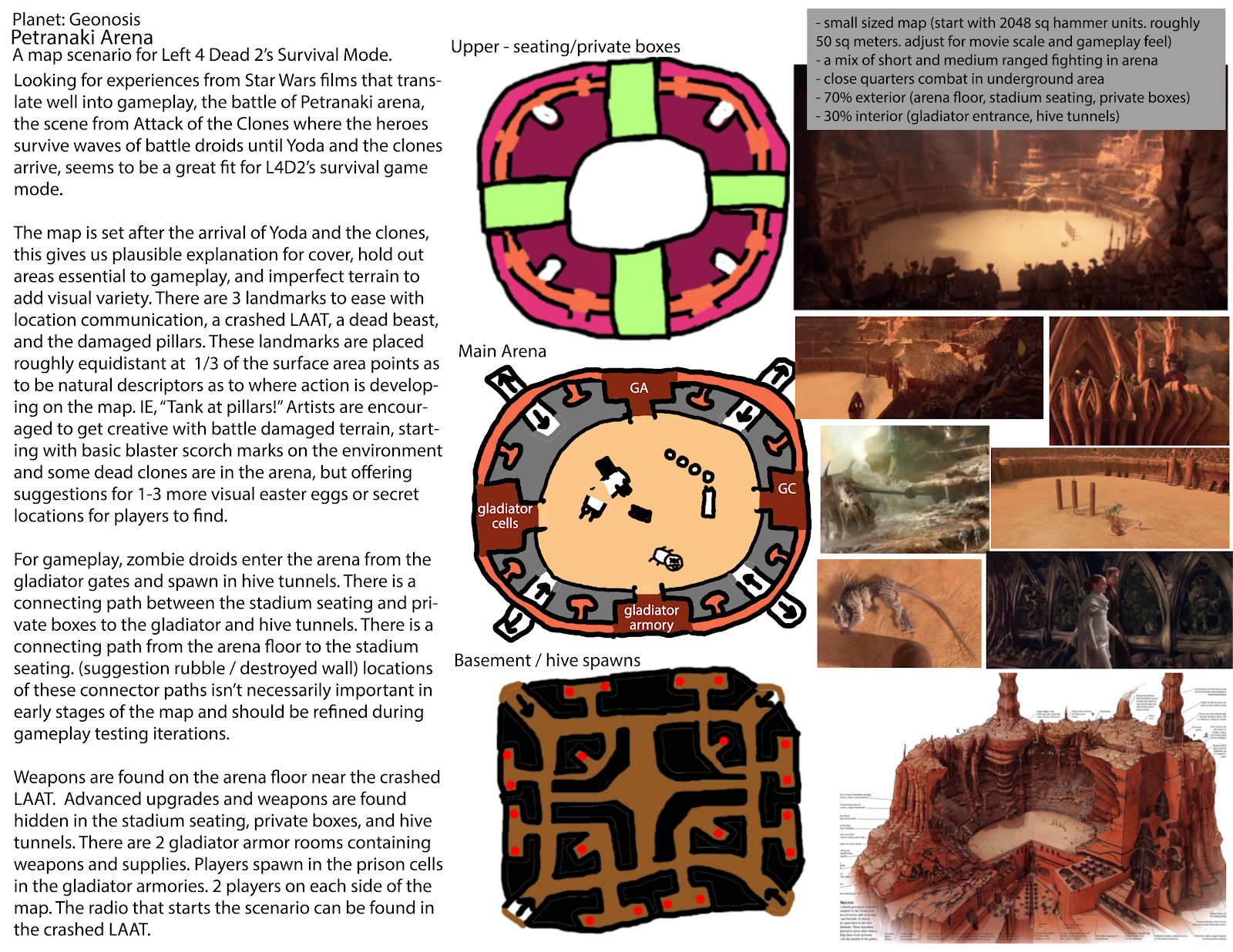